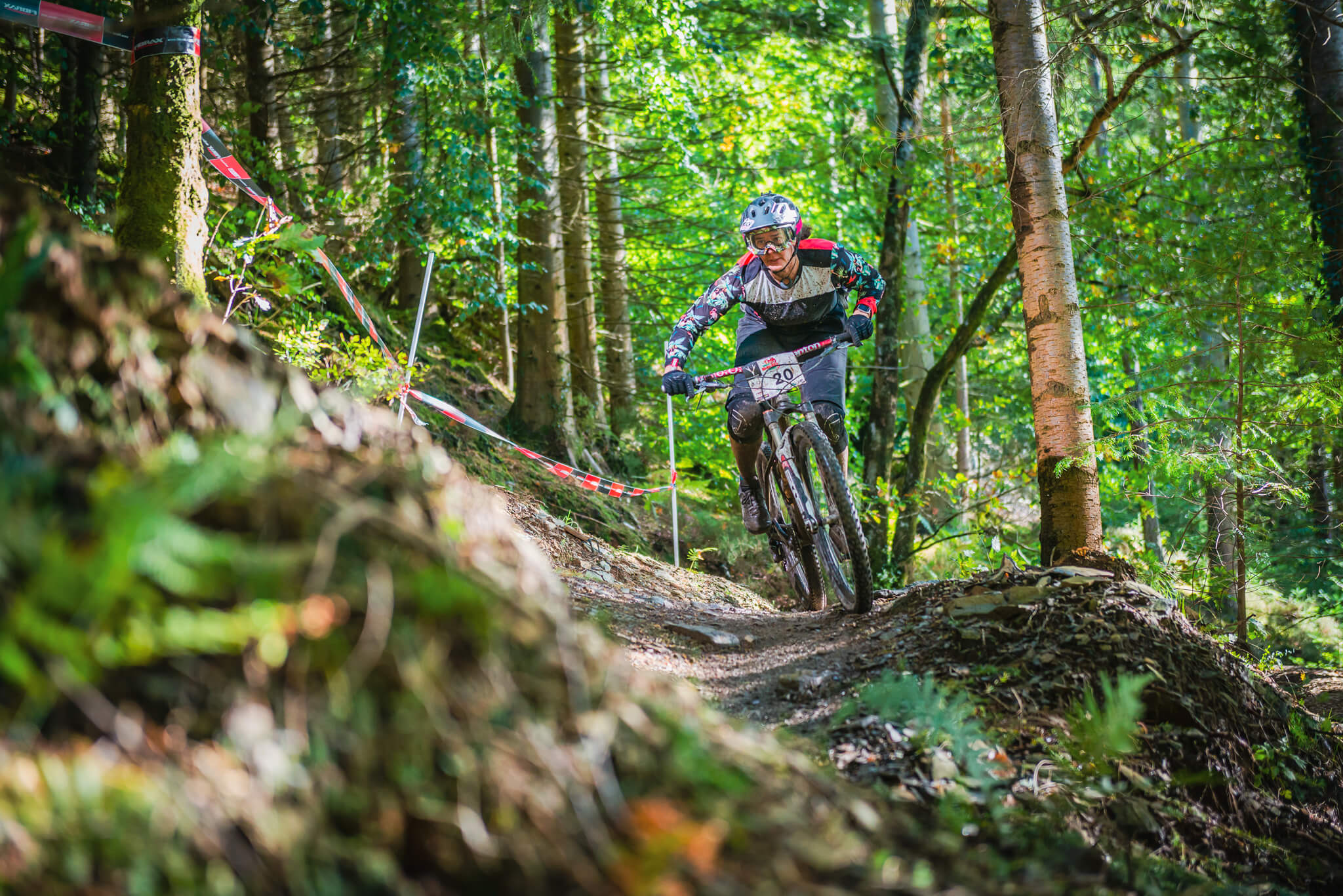 Do I really want to go racing? I’m still skint, have no vehicle, have to clean the pub before leaving and then do a 7pm till close shift when I get back. It’s raining, my bike needs fixing, can I think of any more excuses? Then you remember how great it is to catch up with all your race buddies, how much fun you have out on your bike, the buzz you get on the start line. Yep, I’m going racing!

I am incredibly lucky to have a whole community that has helped pull me through the last few months. Chris and Gareth have been an amazing part of that and to see their smiling faces outside my house ready for the drive up to Betws Y Coed was heart-warming.

The weather forecasters had promised us sunshine but as we approached the trail centre the heavens opened and we knew we were in for a wet one. We’d decided not to practice all the stages to save energy for racing so we signed on and headed out to ride stages 1 and 4. Both stages were fast, flowy and cracking fun! With soggy bottoms we tried to keep ourselves warm whilst waiting for racing. Copious quantities of tea and a good bit of biking banter with everyone meant that racing was soon upon us and we headed out to stage 1.

I dialled most of my lines and had a good run. Then the heavens opened so we hid under a tree for 10 minutes! On to stage 2, it was flatish, pedally and full of rocks. Not my favourite on a hardtail, but I managed somehow to maintain momentum and finished the stage feeling a bit battered. The transition to stage 3 was great fun, the trail at Gwydir Mawr can put a smile on your face even when racing. Stage 3 was flat out with big banked corners, a total contrast to the other stages. Everything went well until I dropped my chain on the bottom section, I couldn’t quite find the momentum to get other the humps so ended the stage free wheeling and frustrated. The final stage was a blast, everyone talks about the final descent of the Marin Trail and there’s a reason for it. Racing it is intense and when you get to the end if you’re not dying you did something wrong!

As always the Welsh Enduro Series offered a variety of stages which complimented each other brilliantly. Something for everyone as they say. I had a cracking day, it’s not easy to put a race series together that leaves you with a grin on your face and no complaints despite being caked in mud and soaking wet. Well done Bud and crew, you’ve only gone and done it again!