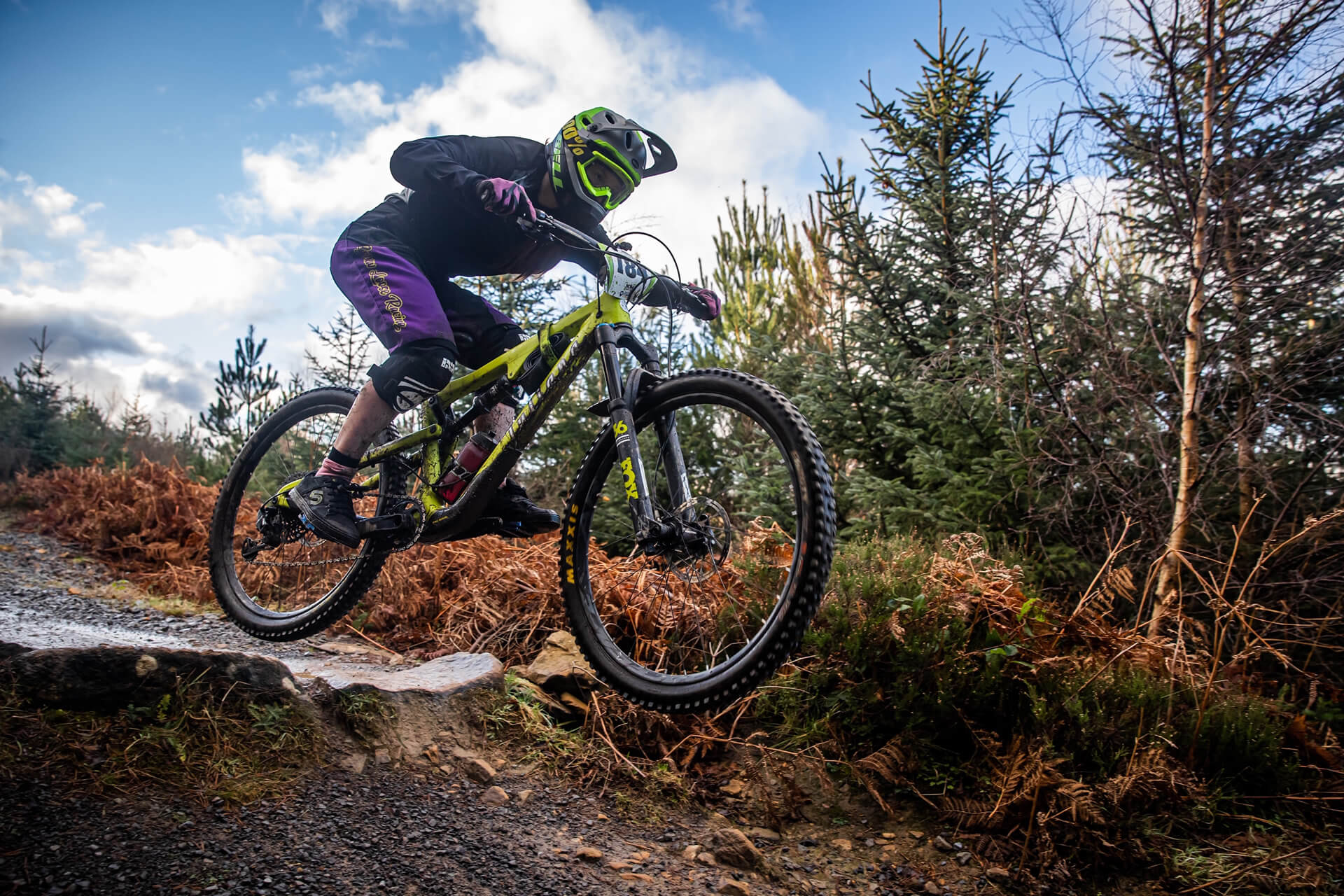 So the start of my 2020 race season had finally arrived. Northern Downhill’s Hamsterley Enduro. I’ve wanted to race this race for years after watching my mum and dad do it and as this year is the year of my 14th Birthday I could finally do it! I was so excited leading up to the race and it definitely didn’t disappoint.

Even though Hamsterley is my local forest I didn’t have much practice on the trails used in the race leading up to the event as from experience we have learned that sneaky practice wasn’t going to help as Carl Davison who runs Northern Downhill has a habit of taping the tracks in weird and wonderful ways to make sure it’s a level playing field for everyone, making sure us locals don’t have an unfair advantage. It makes for awesome racing that’s for sure!

The week leading up to the race the weather was pretty dry. I had my fingers crossed it would stay that way but on Saturday it rained. Bring on the slop fest!

Luckily by Sunday the rain had stopped but the trails were nice and slick. After arriving in the forest at half 8 we signed on and set off up the hill for practice.

Stage one was The Edge. Probably my favorite stage out of all of them. It was rocky and rooty and steep with a section of scary north shore but the way Carl had taped the course out made it even better, it was really tight in places. I was feeling awesome after our first practice run and couldn’t wait to ride the rest of the stages.

We then practiced the second stage and the third. The second stage went off the side of the 4x track into a wooded section with lots of mud and roots. The third stage was going to kill me, I knew this because it was from section 13 on the red trail down a really long fire road sprint and then cut back in down the downhill course and into the NPS line – more steep mud and roots. It made a really interesting stage.

When we came to race, I raced with my mum, Emilia and Amber. You could decide which stage you raced first. We decided to do stage 2 as it was the shortest and finished so far up the hill meaning we only had to climb the hill 2 and a half times. We then raced stage 3 and then stage 1 last.

When I was stood up at the top of the 4x waiting to start I was really nervous. This stage went well but I couldn’t help but feel like I could have gone a bit faster in places. I completed it in a time of 1:23.25

Stage 3 was an absolute killer. I started off really badly by losing my footing as soon as I got through the timing chip. When I got to the killer fire road sprint I struggled to find the right gear and then when I turned into the downhill I left my seat up! I was happy to get to the bottom in one piece although it took a good five minutes to get my breath back at the bottom. I did it in 4:54.16

The final time up the hill I felt like I was about to die. This was my favourite stage though so I was going to give it my all. Keeping in mind that I needed to stay on my bike to get a good result. I felt really good and managed to remember most of my lines from the mornings practice. I even ended up passing two people. My time was 2:30.94.

Putting my timing chip in I was really nervous. I was so happy when all the results were finally in and I found out I got fastest women of the day with a time of 8:48.39. I was absolutely buzzing. I really need to practice my podium pose. I can’t help looking so awkward!

Huge thanks to Jerry Tatton @jwdtphotography for the photos.

Next up Northern Downhills Chopwell Funduro on 15th March! Bring it on!