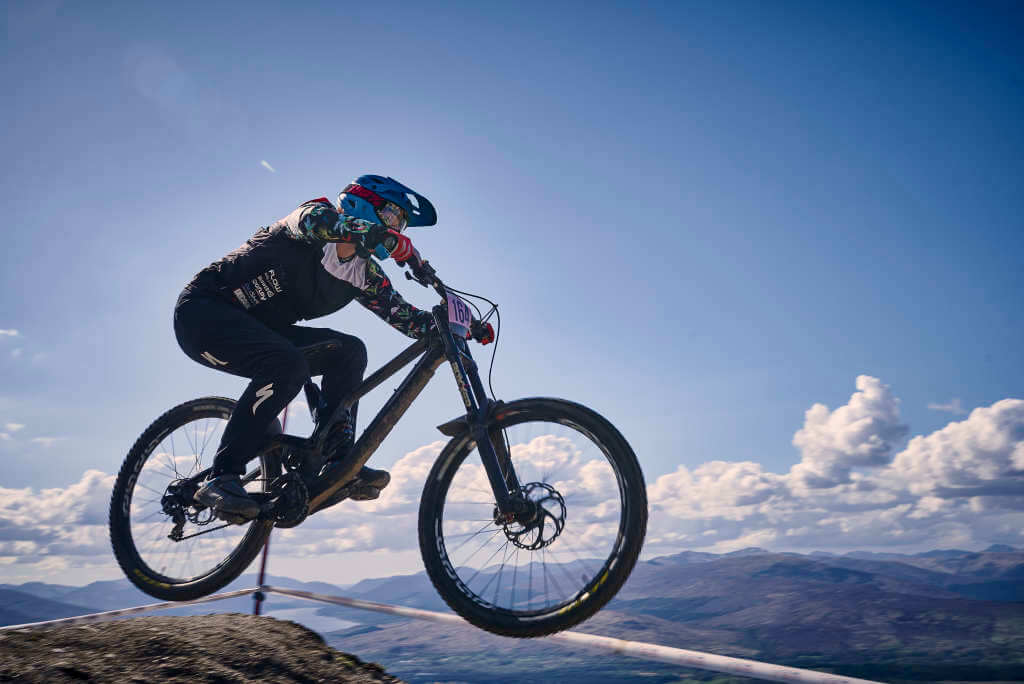 It doesn’t feel very long ago that I sat writing about the first major race of the year and already Autumn has blown in with a furious storm and it is time to do an end of season round up.

I had hoped to be writing my end of season report after the last round of Pearce and having raced the last round of nationals but sadly it wasn’t meant to be. I smashed all sorts of kit this year but a fractured thumb at round 4 of nationals put an end to my season a few weeks earlier than planned. My season had a frustratingly slow start so a frustrating end to the season is not where I hoped to be, but wow, what a year it has been!

My hero lenses saw more use than any other season being needed for both my Scotland trips and 2 of the 3 Welsh races, this must be some new record! The dust and sunshine was at levels I’d not encountered in the UK before and instead of worrying about keeping kit dry and washing off the mud I had to worry about staying hydrated and how to stop my head burning between race runs. We had to worry about setting fields on fire when cooking at races and giving first aid to the subsequent blisters of someone putting out grass fires in flip flops, I mean seriously!!

My bike took a battering and my body got pretty beaten up too. The national series tracks were harder than I’d raced before and combined with Pearce and other races it was relentless. By the middle of August I had raced 12 races in 20 weeks, 8 of them were done over 10 weeks! It’s been a physically and mentally tough year and although I’m sad to miss out on the last couple of races I can’t help but feel happy at what I achieved. From last place to National Champ; from totally off form to totally on form to broken; from blazing sunshine to swamp fests and from one end of the country to the other. It’s been a roller coaster.

I managed to finish 6th out of 17 in my first year of the National series despite missing the last race and in 8th out of 23 in the Pearce series despite missing most of the races. I get to wear the Masters National Champion jersey for the year and I’m currently leading the British Cycling Masters female national rider rankings. Given where I started and finished the season I’m super chuffed with those results, I certainly didn’t expect such good overall series standings.

The season started at a wet and gloomy Kinsham for Pearce round 1. I hadn’t done much riding over the winter as I struggled to get back to fitness from last years major injury. I had worked hard in the gym all winter and although I didn’t feel race ready I was keen for the season to start; until it actually started! I hadn’t struggled much with confidence getting back on after my crash but that first race undid all of my mental recovery leaving me scared to ride and struggling to get down a track I normally love. The results showed my struggle and I placed last. Knowing I wasn’t on form was hard but having it written out plain to see in the results was more difficult than I expected and I left that first race wondering what the rest of the season would hold.

Determined to get back to race form I worked hard with my strength and conditioning coach and got out riding with friends to rediscover the love for my bike. This was my first year racing nationals and round 1 seemed to come round really quickly. I was in a much better place for this race, feeling confident and excited about riding. I smashed my first set of grips, cleats and rear mech hanger but by the end of the weekend was starting to feel like my old self. I wasn’t up to race pace but I was feeling like I’d get there.

I spent some time working on my skills and confidence, got out on my bike as often as possible and generally started to remember why I love riding. Racing at Fort William has to be one of the highlights of the year!! I had always wanted to race there but having never ridden the track before I was scared of it’s fearsome reputation and brutal rocky length. The sun shone and like many of the races this year the hero lenses were out in force. The atmosphere was incredible and crossing that finish line felt amazing. I had smashed yet more grips, rear mech hangers and my forks but the feeling of conquering Fort William was one of the best highs from this year.

As the year progressed my results started to reflect the hard work I was putting in and finally I felt like I was back on race pace. However the ladies field at every race was bigger than ever before and the talent had seen a similar change. If I wanted any results from this year I needed to get my speedy pants on haha!

Racing Pearce at Bala was my major breakthrough of the year as I finally became competitive with the rest of the field. I loved the track, I felt confident and happy and it all came together to see me sitting in 3rd after my first race run and hold on to 5th place after run 2. My hard work was paying off and when I managed to get down Rheola a week later without too many mishaps I decided I was capable of racing National Champs at the mighty Glencoe despite its fierce and steep reputation and an unpleasant solo long distance drive.

I needed my hero lenses on day 1 in Glencoe but race day it was howling wind with rain lashing the hill side. The track suited me perfectly and I quickly overcame my fear to start enjoying it. After a 2 year absence it was so good to get back on that top step, add in the national striped jersey and all the hard work was worth it. I was back! A ladies only race that saw more ladies racing a DH event than ever before and a surprise podium at my first Enduro rounded the blisteringly hot summer off nicely.

What turned out to be my last race of the year was wet, really wet and Bala in the wet is exciting! I had a great race and managed to get my first national series podium of the year. I’d have been chuffed with that anyway but doing it with a fractured thumb was pretty awesome! Obviously the fractured thumb was less awesome and ended my season a bit earlier than planned.

Watching riders slide around in the mud at the last national round from the wrong side of the tape was hard. I desperately wanted to be on track and I knew my chance at a series podium was lost which was really hard to accept. I thought I was OK with it but once I was there I realised I wasn’t. It’s not such a surprise since the same thing that makes it hard to accept bad results is the same drive that pushes me to win but that doesn’t make it less frustrating. I decided not to go and watch the last Pearce race and spent my weekend having a laugh with friends.

It’s been a strange mix of ups and downs but one thing is sure, ladies racing has been almost unrecognisable in terms of talent and numbers this year and it has made for some exciting races with it all coming down to the wire. With more ladies than ever before next year is sure to be another wild season and I’m really excited to see what that next challenge brings. For now I’m looking forward to the off season; mixing up my training in the gym and chilled days exploring the Shire on 2 wheels with Charlie dog. I’ve also started working with a nutritional coach so we’ll see what that brings, hopefully it won’t see too drastic a drop in quantities of cake!

HUGE thanks to my sponsors Flow MTB, The Physio Clinic Bristol, DHaRCO, Glower, Dexshell, Decade, Corley Cycles. The support from each of these made all this possible alongside a full time job. Also a big thanks to Sprung suspension for all their support and help this year, I wouldn’t have made it to the start line at a couple of races without the help of Jake and Katy.