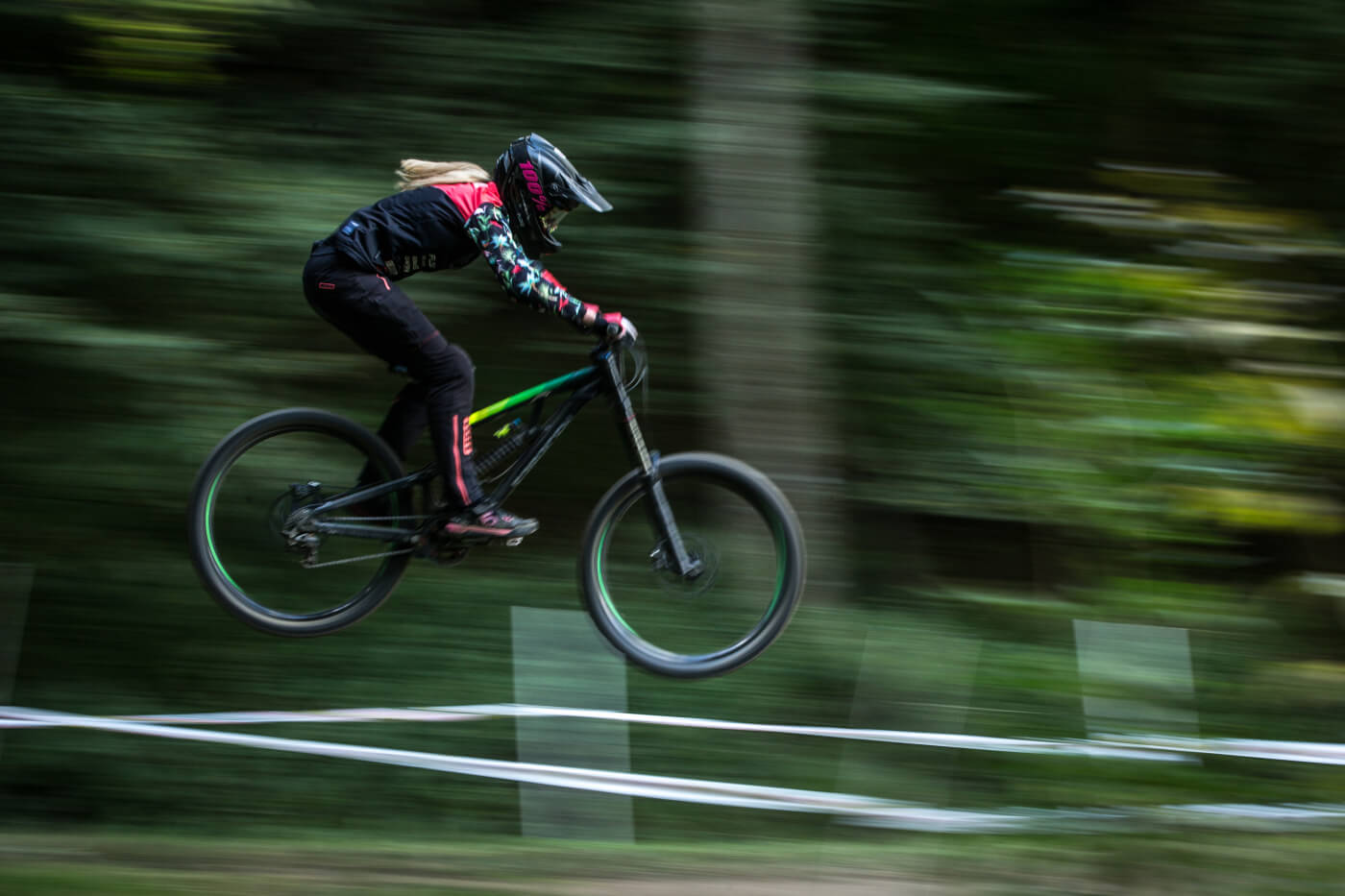 The last race of the season took me to Hopton, for the 5th and final round of the Pearce Cycles Downhill Series. I’d never raced at Hopton before, but ridden there once or twice and loved the downhill trails so I was pretty excited for this one.

Pearce cycles didn’t disappoint, a big turnout in the girls’ category is a testament to the great series Pearce have given us again this year, the track was fast and the competition was tight.

Looking back on the season it feels like a bit of a whirlwind and the start feels like a lifetime ago. At the end of 2017 I thought about what I wanted to achieve with my riding in 2018. I had done a few races in 2016 and 2017, mostly at the Forest of Dean, where I’d felt like I had struggled to get it together and out of 20 races over the 2 years I had made it onto one podium in a Welsh Gravity Enduro.

Ever since I got into mountain biking, Fort William has always stuck out as an iconic track with lots of memories attached to it, from watching the Downhill World Cup in awe to my first bad crash, so with my 30th birthday approaching in 2018 and that feeling of wanting to tick off the bucket list, I decided my main goal for the year was to race at Fort William.

As I only intended to race one National race, I also entered all of the Pearce series as I had really enjoyed doing a few of these in 2017.

I trained hard over winter, I’ve always done quite a lot of climbing, so I went bouldering every week and went to Watt bike sessions regularly in addition to weight training in the gym. I worked on my skills at the skate park in the evenings, and got out on the enduro bike on the weekends. Having a full time job as a physiotherapist and an hour commute to work most days meant careful planning and some 5.30 alarms to get to the gym, but I was committed to my goals and came in to 2018 feeling strong and positive.

I had no intention of racing Cwmcarn National but after an uplift day there I just couldn’t resist, I really loved the track, so I entered about 2 weeks before the race and somehow managed to get myself on the podium in 4th, I really surprised myself, I definitely didn’t expect a podium finish!

A silly mistake over shooting a jump at Pontypool mid April left me with an injured shoulder and neck. With Fort Bill only 4 weeks away I was gutted. But luckily being a physiotherapist, I was straight on the rehab and straight back on the bike, even if I could only ride smooth trails. Luckily for me “full Moto” is pretty smooth so on the 6th May I ticked Full Moto off the list and I was buzzing ahead of Fort William the following weekend.

Fort Bill practice didn’t go quite as planned with another big crash in practice when my boyfriend got a flat on the moto jumps with me just behind him, aggravating my neck and shoulder. I was in pain but as I knew I just had to make it down 2 runs to tick off my main goal of the season so I still raced and was over the moon when I walked away from Fort William with another very unexpected 4th place podium.

I’d ticked my 2 goals for the season off and it was only May, I was pretty buzzing, but my body was broken, I injured my ankle and aggravated my neck and shoulder injuries crashing at Fort William, so I had to really work on my rehab over the next couple of months.

As we went through the season I also managed a 2nd and a 3rd place finish in two of the Pearce rounds and ended up completing all of the National series and getting myself another 4th at Rheola National. I met loads of new people and rode in some incredible new places. I think my favourite track of the season still has to be Rhyd-Y-Felin.

I finished the season 2nd overall in the Pearce series and 4th overall in the National series. I made it over all of the “full moto” jumps and had an incredible 2 week trip to Whistler in September where I rode some of the hardest steepest technical trails I’ve ever seen. It’s been the most insane year and I couldn’t have done it without the support of my partner Steve and sponsors Flow MTB. Special thanks has to go to Jake and Rich at Sprung who have been amazing with mechanical support, often at the last minute! It also wouldn’t have been half as fun without teammate Becca and all the other wonderful ladies who make women’s downhill racing in the UK so much fun!