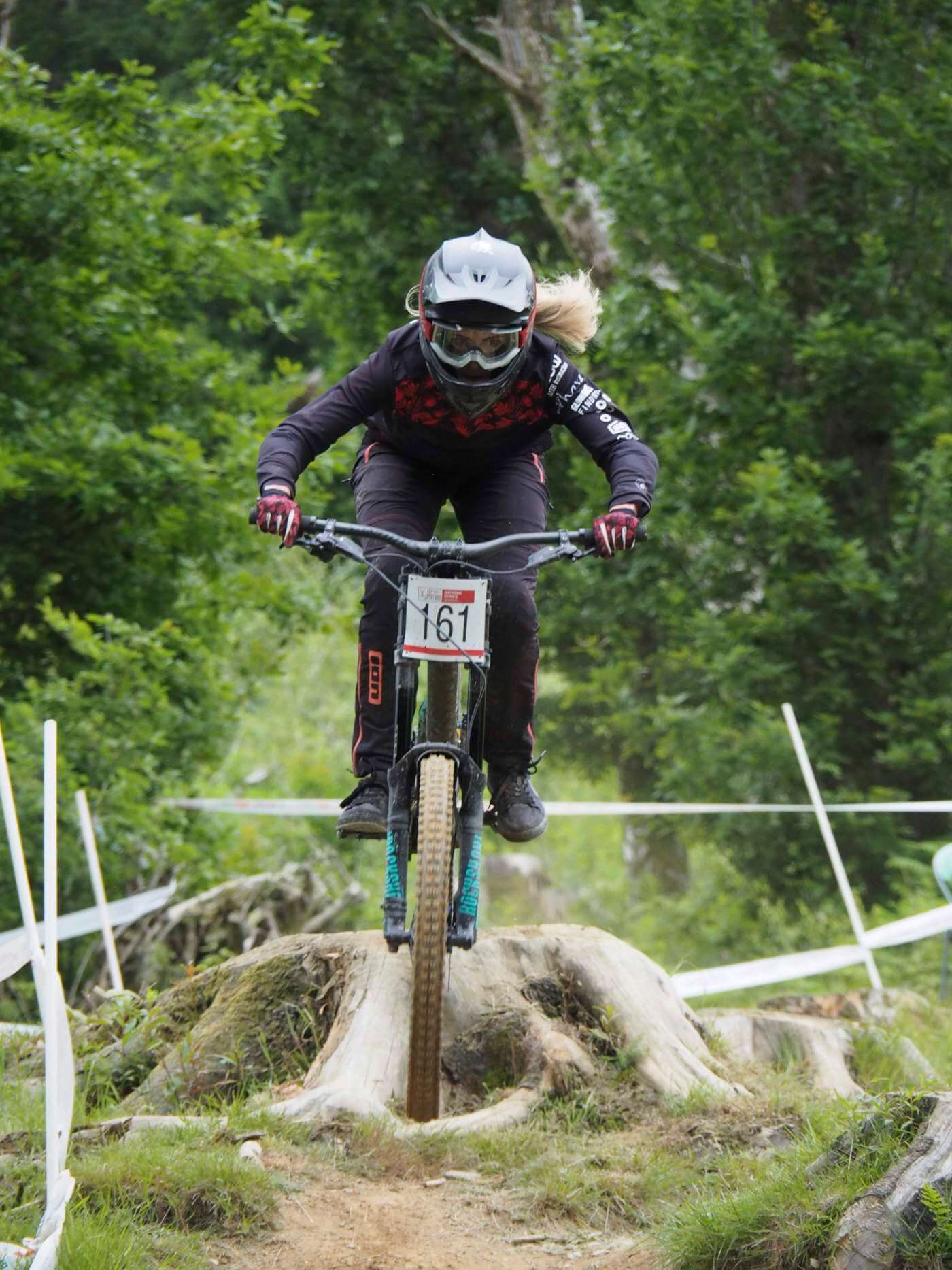 First race of the season!

It only took until the 23rd June but I have finally managed to complete my first race of the season, round 3 of the National downhill series at Rhyd Y Felin!

I had felt so strong at the start of the year, I was in a good place, I was physically strong, I had a new bike and I’d decided to focus on national races to reduce the number of races over the year after last year. Then it all went very wrong very quickly on my last practice run at the first round of nationals at Rheola. I had been so happy with how I was riding, hitting all my lines, hitting the features I hadn’t done last year and I was feeling fast. Maybe I just pushed my limit a bit too much, but out of nowhere I lost my front wheel and scorpioned, my feet didn’t unclip, and I ended up with a few broken ribs and a lacerated kidney. I’ve never spent a night in hospital before, I’ve never taken a day of work with a MTB injury before and I’ve definitely never injured an internal organ before. I was devastated. And physically felt a bit ruined.

A lot of people told me I was crazy to be thinking about racing another National 10 weeks after that injury and 5 days before my wedding. But I had missed enough races and having not raced since October last year and I just needed to get it out the way, I didn’t really care what the result was, I just wanted to get between the tape, analyse a track and practice lines with my friends. So I promised I would chill, not push my limits, no risky line choices and I would stay safe and not injured for the wedding. I don’t think my fiance believed I would do that but I made a promise and I stuck to it.

I love Bala, it’s one of my favourite downhill tracks, a great variety of steeper techy wild corners, some flat out sections and the open stump section with so many line choices then in to the bottom field, which was a complete wash out at last year’s national. Other than an extended finish in the field the track hadn’t changed much since last year and it was as fun as I remembered. The track isn’t open for general uplifts so it’s great to get the opportunity to ride there.

I chatted lines with teammate Becca and Flow MTB Ambassador Amanda and we all agreed there were a few sketchy moments and difficult lines on the track but we were all happy. I told myself to hold back and ride at my own pace in practice, it’s so easy to try and keep pace with a rider in front but I didn’t want to push myself too much. I was really nervous being back on a difficult track, I rode flat pedals, because mentally I could tell myself that would minimise injury if I did crash. It didn’t take too many runs to get in to the flow of things and feel like I could ride a bike again. It was actually nice to take some of the pressure off myself for once and I felt much more relaxed and I really enjoyed every bit of riding I did all weekend.

The event organisers MIJ made a good call to try and get racing started earlier on Sunday to get as many riders down before the rain arrived and the event wrapped up earlier. I feel very sorry for all the expert and elite men who had to race in the rain and I’ve seen some impressive crash footage, but I was so glad we got dry runs!

I had a clean seeding run, despite the annoyance of my feet feeling like they were all over the place on flat pedals, then decided to up pace a little bit on my race run to take 7 seconds off my seeding time. The women’s category this year has some seriously quick riders, the winner beat all the elite ladies, so I was pleased with a 7th place, mid pack finish and feeling like I have got more to give. Ready to finally get stuck in to racing again.

Massive thanks as always to team sponsor Flow MTB for sticking by me even when my season isn’t going quite to plan! And thank you to DHaRCO for providing the race kit I finally got to wear!