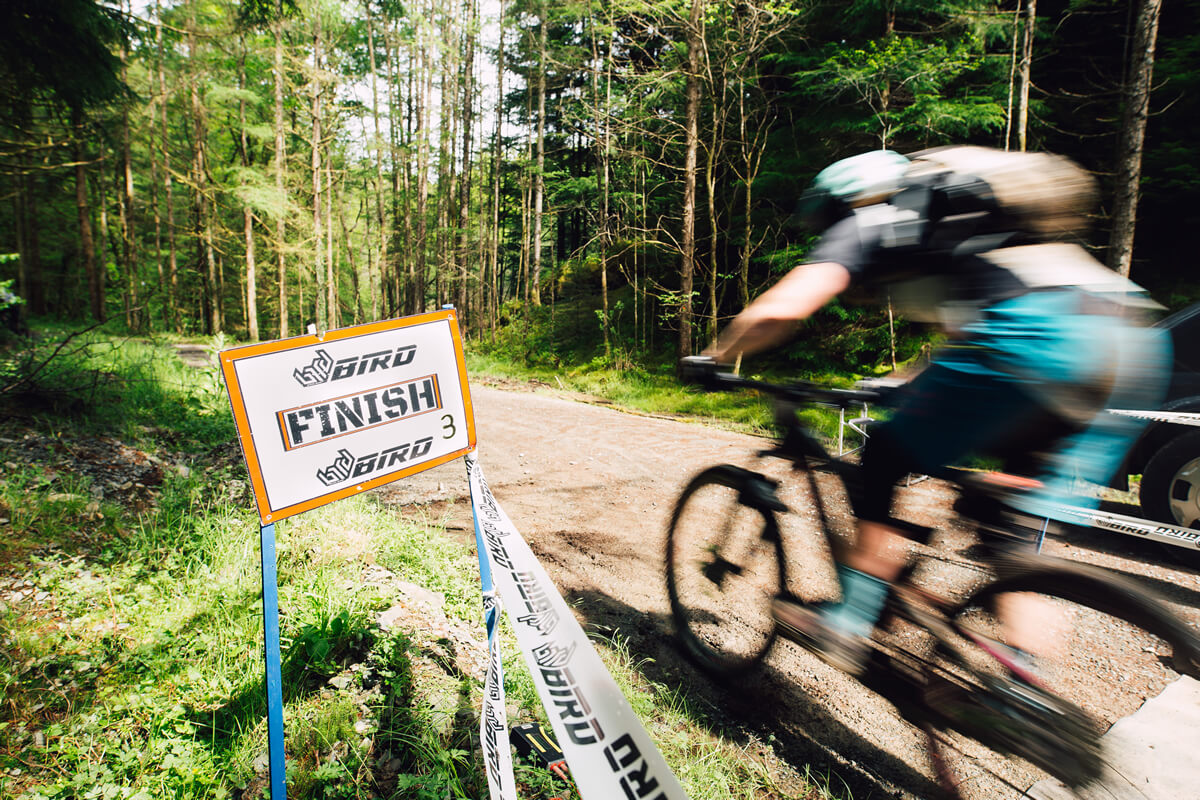 A year after the British Enduro Series at Dyfi, Welsh Gravity Enduro pitched up camp and brought another enduro race to the doors of Machynllech. But this wasn’t a standard enduro race, Charlie (Welsh Gravity enduro organiser) had pulled out all the stops and had made this race not only an EWS qualifying round, but also put the title of welsh national enduro champion up for grabs.

Still wanting to accommodate to all types of riders, the Welsh Gravity Enduro put on two categories; the Sport category where the riders would do a smaller 32km loop riding only 3 stages and the Open category pushing riders to their limits with tight transition times aimed at preparing riders for EWS transitions and over 45km of pedalling over 5 stages.

Featuring 5 women’s categories and 19 women racing, there was a great atmosphere among the girls as they ventured out to tackle the tracks ahead of them. A surprise for everyone at the enduro was the appearance of downhill world champion Rachel Atherton, who had decided to give her new Trek Fuel X a try at a whole new world of enduro racing. Could this be the start of another winning streak?

The weekend began in damp conditions, with the occasional glimpse of the sun giving the riders some hope of the dry and dusty tracks that were there just a few days before. By midday on Saturday, most of the riders had convoyed over to the other side of Machynlleth where stages 2-4 were situated and had begun the grueling climb to the top. Given the early morning rain, the majority of the tracks were running slick, leaving the riders struggling to keep rubber side down.

Come race day riders wished for drier tracks and grippier terrain and their prayers had paid off with sun greeting the riders as they headed off for a long day in the saddle.

With the sun came some drier ground which was much needed and appreciated for stage 2, however it was stage 3 that caught people off guard on race day as some of the riders found themselves constantly crashing their way down the track, attempting to weave in between the trees without knocking their handlebars and experiencing mechanicals. Once making it through the timing gate the girls were happy to have a quick break before heading up to stage 4’s ‘Climax’ trail.

The Climax trail is one of the tracks with the most flow. With hard packed ground and plenty of places to get your wheels airborne, it was a track where the riders could really run wild on, if they weren’t distracted by the views over the surrounding hills.

Young rider Caja Parks took the win in the U19 women’s category.

Rachel Atherton continued with her winning streak and took first place in the Sport category by over 4 minutes.